Ballet Folklorico Viva Panama We are thrilled for the welcoming received from our brothers from Puerto Rico. They gave us the red carpet treatment, but most of all, they gave us their heart on a golden platter. THANK YOU SO MUCH !!!!!!!!!! ​

Very much thankful we feel for the treat received from our brothers from Puerto Rico, as usual, always nice, friendly and with a big heart. We were received at the San Juan International Airport. We were fortunate to have with us a group of friend musicians from Orlando, Florida: )left to right) Rolando Armien (Churuca), Rubén Dominguez (Tambor), Amed Acosta (Caja & Leading voice)and Rafael Armien (Accordion). Thanks for your musical interpretation and support.

Also thanks you to Jarineth Alvarado also from Orlando for her support dancing with us. On Thursday, Dec. 6, 2007, we visited the village nearby the resort where we stayed at Boquerón (west side of the island), called El Poblado, where we enjoyed the beautiful views. Aguada's Centro de Bellas Artes On Thursday, Dec. 6th, 2007, we performed at the Aguada's Centro de Bellas Artes, where we shared the stage with dance companies from Russia, Poland, Panama and of course, Panama. 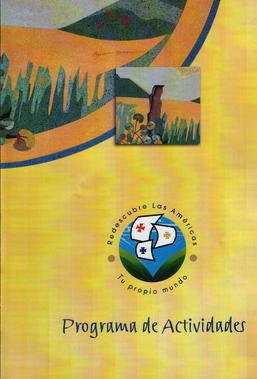 We were invited to perform at the inauguration of Plazas Las Americas in October 2000. Thanks to Kenny Cintron and all his assistants for their professionalism. Thanks to the Puerto Rican people for their welcoming and our Panamanian community now living in this beautiful paradise, Puerto Rico !! 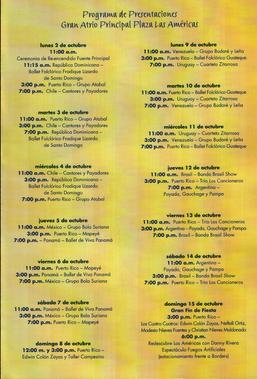