Viva Panama Organization (VPO) proudly announces and invites you to the celebrations of the “International Week of Panama in Los Angeles”, in commemorating the 500 years of the Foundation of the Old Panama City, which took place on Aug. 15, 1519.  Throughout the Spanish period, Panama was an important stopping point for captured Peruvian gold and silver on its way back to Spain. Unsurprising then, after surviving earthquakes, fire and the uprising of enslaved people, Panama Viejo was eventually destroyed by pirates!

In 1671, the city was attacked by the infamous pirate, Henry Morgan. In the aftermath of the fighting, Panama Viejo was utterly destroyed by fire; thousands of people lost their lives during the pirate attack and Panama Viejo was abandoned.

Come and join us at the “Panama Viejo Gala”, an afternoon full of elegance, extravagance and a special show especially curated to display the Panamanian pride, as we triumph beyond our colonial heritage. (tickets available at vivapanama.org).

The Panama Viejo Gala is presented by The Simons Law Group

​We’re thankful for their support of VPO in presenting our history through the arts!

VPO proudly announces the recognition of its 2019 Ambassador Award Recipients:
* Amy Serrano, Content Creator/Social Media Influencer and wardrobe stylist for pop stars and other celebrities;
* Anselmo Collins, Director of Water Operations with over 25 years of experience working at the Los Angeles Department of Water and Power;
* Lesbia Ross, Social Services Administrator with over 25 years serving Los Angeles County;
* Marisol Ramirez, Actress and Audio book narrator, most recently portraits the role of La Llorona in the film with the same name; and
* Raul Romero, President & CEO of Alliance Consulting Group, LLC, involved in the initial project of expanding the Panama Canal. 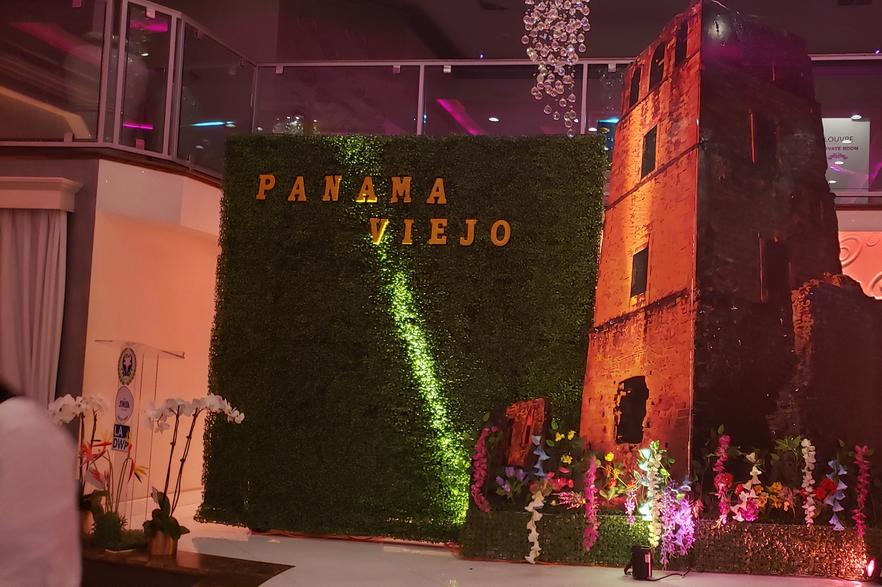 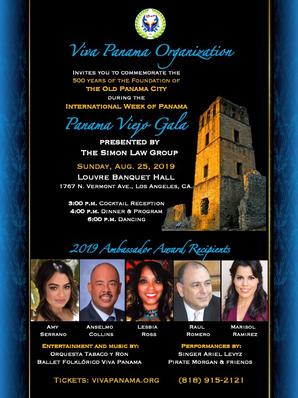 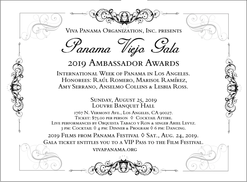