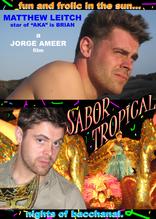 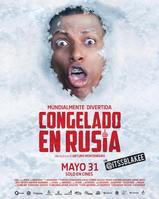 As part of the International Week of Panama in Los Angeles, Viva Panama Organization has its "Films from Panama Festival", on Saturday, August 24, 2019, from 1 pm, at the TCL Chinese Theatres, a movie palace on the historic Hollywood Walk of Fame, located at 6925 Hollywood Blvd. in Hollywood, California. Admission to the festival is free and tickets will be available soon at http://www.vivapanama.org/film-fest..html

Films from Panama Festivalis is presented by The AR Foundation and Alliance Consulting Group, LLC.  This film festival will include the Inauguration & Ribbon cutting by our special Panamanian guests: Marisol Ramírez, actress and audio book narrator, most recently portraits the role of La Llorona in the film with the same name; and Raúl Romero, President & CEO of Alliance Consulting Group, LLC, involved in the initial project of expanding the Panama Canal.

The films to be screened this year are: Admission to the Film Festival is free.

Your Panama Viejo Gala ticket gives you a VIP entrance to the Film Festival, general admission is also free, but a ticket is needed. ​ 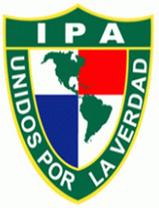 Congelados en Rusia (Frozen in Russia)-comedydirected by Arturo Montenegro.
Synopsis: The entire nation of Panama dreams of qualifying for the first time in its history to the World Cup. Jamal, the most loyal fan of the national soccer team is so desperate for Panama to qualify for the World Cup that at one point he looks into the heavens and makes a promise to his Saint – “If we qualify for the World Cup I will go to Russia and I will marry a Russian girl!”  Well, the team qualified for Russia and Jamal now firmly believes the he must keep his promise – a promise made in despair will take Jamal to the distant and frozen Russia in the middle of winter to find his new wife.

Special and official presentation for the 2020 Golden Globes and the Academy.

Synopsis: The story unfolds in a small town, where Federico and Carol (parents of three) have a perfect home, but on their movie nights they share a secret called Lizzie.  When this is discovered, it   initiates a transformation that tests the strength and love of each family member.  It is a struggle for the right to happiness of a family that wants to remain united in the face of a society that points it out.

Contadora is for Lovers, film directed by Jorge Ameer.
Synopsis: Helen and Mike travel to the island of Contadora in Panama, for a romantic honeymoon.   Upon arrival, the couple is greeted by charming Gabriel, a romantic dreamer in search of his true sexual identity, and a love triangle develops.

Synopsis: Mattew Leitch, star of the award-winning film AKA, headlines this carnival romp as Brian, a foreign journalist, who travels to Panama on vacation during one of Latin America's premiere festival celebrations- the carnival of Las Tablas- only to find himself in a relationship of desperation and violence.

The Island of the Devil “Coiba”. Documentary directed by Alberto Serra, based on Coiba Island in Panama, nominated in the Latin Film Festival in Paris, France.
The island of Coiba in Panama was converted into a Penal Colony in 1919. During the Torrijos/Noriega dictatorship, Coiba prison was one of the most feared places with a reputation for brutal conditions, extreme torture, executions and political assassinations.  It is not known how many people were killed during that period, but sources claim that the number of political assassinations is in the top 300. The island was avoided by the locals and the rest of it is undeveloped. The prison was closed in 2004.  In 1992 it was declared This is a place that contains a lot of history, tears and pain. There they took the most dangerous criminals, as well as political prisoners... was the place to make disappear who opposed the regime of the time.

Synopsis: It’s a story where characters’ dramatic tension blends with an organ trafficking thriller.”  James returns to his native Latin America after 30 years, with just one thing in mind-taking an organ from a human victim and smuggling it back to the United States. On this trip, he relives memories of his own violent past, which makes him think twice about redeeming his future. 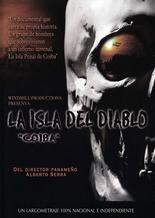 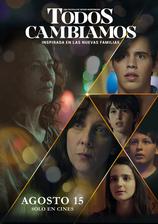 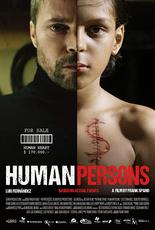